43% of the respondent, across the age group, said that given a chance they will want to be richer than anything else — anything being thinner, smarter, and younger. More than 50% Americans between 18 and 44 years of age favored riches to smartness. 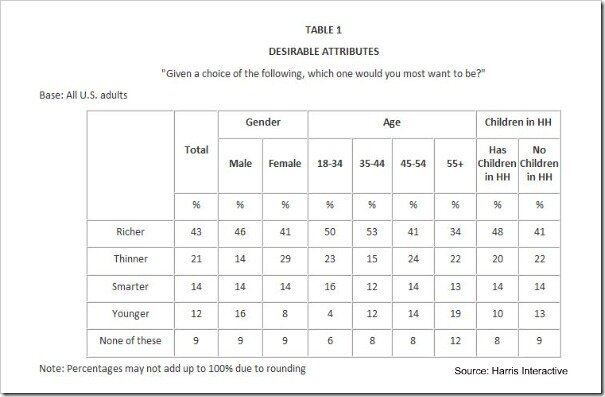 The finding is strange in more than one respect. Despite the fetish for remaining young (at least assumed fetish), very few want to be young. And not many Americans want to be smart, which is sad.

A good advertisement may not make a buyer purchase your product, but a bad advertisement will definitely stop a buyer from purchasing from you. This is what a poll conducted by Adweek Media and Harris Interactive has revealed.

This poll has given a strong message to the marketers, and now everyone is forced to be diligent in choosing what to say, how to say where to say, and whom to use to say it. In other words, companies will need to be more careful in deciding their advertisement message, creative expression of the message, program and events to sponsor, and brand ambassador to choose.

We have often spoken if a celebrity has an impact on a brand or not. This poll clearly suggests that it does have an effect on consumer purchase. Marketers now need to be cautious in choosing a spokesperson for a brand, and in the light of this poll, running an extensive test run of advertisements is advisable. See image for the poll result.

Filed in General with 0 Comments 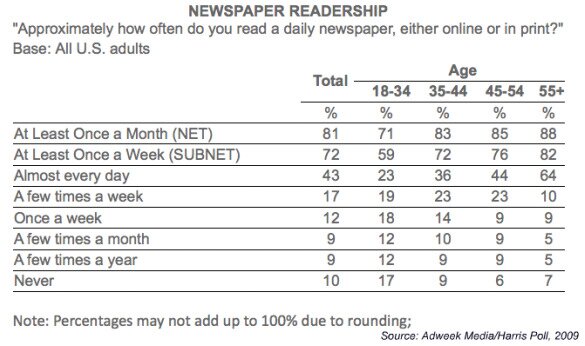