In a study comScore has found that 18+ women who make almost half of the Internet population spends more time than their male counterpart.

42.4% of women living in Asia Pacific have access to the Internet, whereas Europe, Latin America, and North America respectively has 47%, 50.4%, and 48.1% women net users. 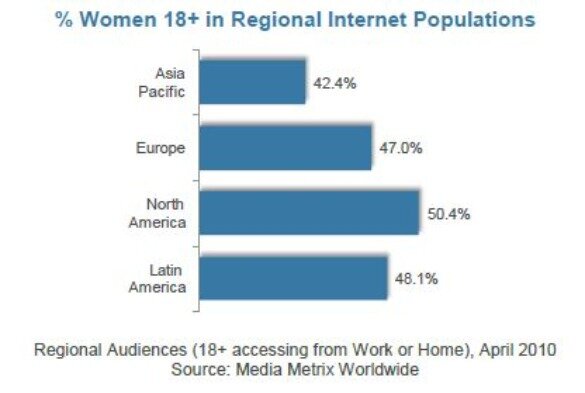 In terms of time spent, 18+ women have outshined men of the same age group in every part of the world. In Asia Pacific region, women spent 17.9 hours on the Internet, while, men spent 16.6 hours. It is 7.2% more time spent by women than men. 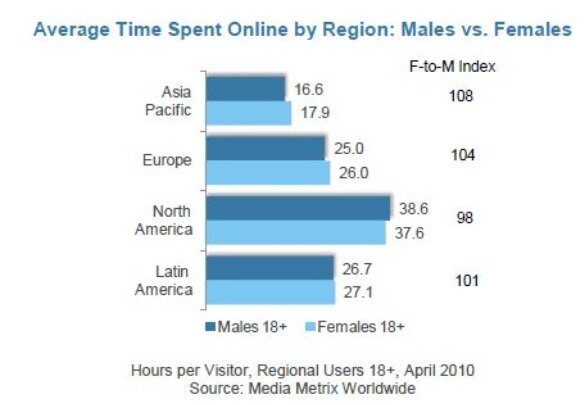