According to a data released by The Nielsen Company for December 2009, Google, Yahoo, and Microsoft are the top 3 most searched websites on mobile. The mobile scene was pretty much same as the picture formed by the web users on Personal computers and laptops. 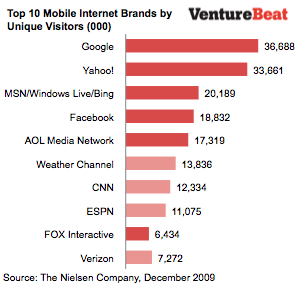