05 May 10 US Consumer Befriending Financial Services

The US consumers’ perception of the financial services providers was quite low in 2009, which seem to have got back to its 2008 state in April. Even AIG, whose reputation touch the bottom in 2009 during the financial crisis, has also gone up in 2010.

Visa got the highest brand equity score of 65.76, followed by MasterCard whose brand equity score is 60.66. The Hartford with the score 53.40 and Fidelity Investments Financial Services with 53.29 score on brand equity make the bottom two of the report that studies top 10 highest ranked financial services company. See image for detail. 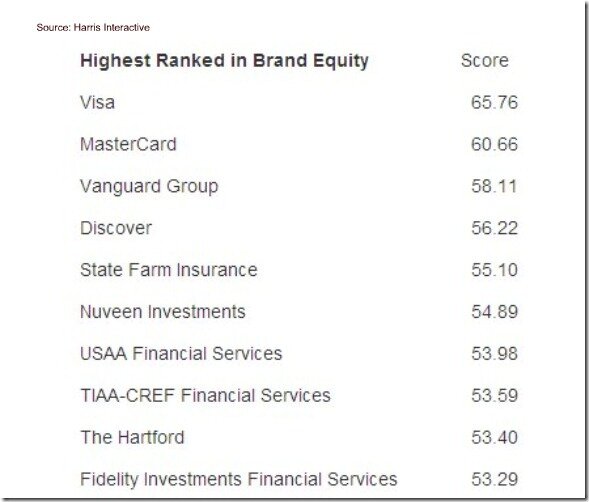 Not only the perception (brand equity) is on the way up, but the trust is also going up on the scale. Although it has not touched even 2008 level, the hope of its speedy recovery can be felt in the report released by Harris Interactive. 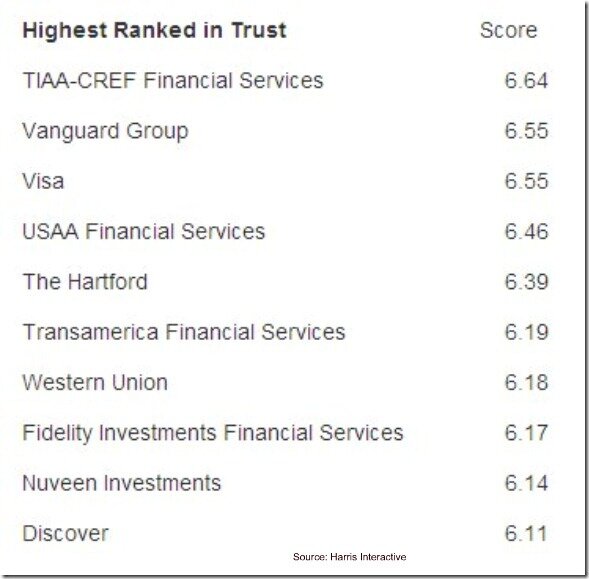 Filed in Financial Services with 0 Comments

Will Smith is number one in terms of match between celebrity and brand equity as found by Millward Brown, one of the leading research companies, in a research conducted to find Cebra (Celebrity + Brand) score. The sample size taken for the research was 2,000, which comprises of the U.S adults between 18 and 64. Brad Pitt is at second position, whereas, his love-interest, Angelina Jolie is at number 10. Tiger Woods is at number 3 followed by Oprah Winfrey who is at number 4.

Cebra score attempts to measure the power of celebrity and brands. For this it has integrated the following factors:

The Cebra score is then combined with a personality matching matrix to identify which celebrity ad brand can partner to offer the highest potential to influence the market place.